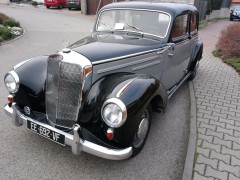 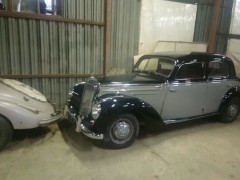 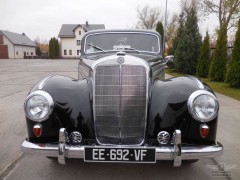 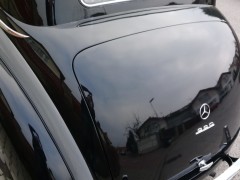 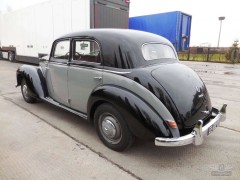 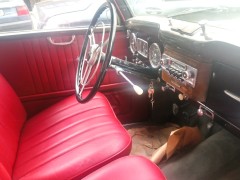 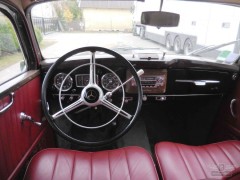 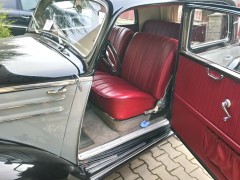 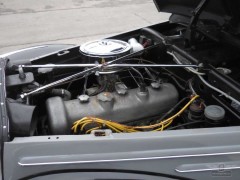 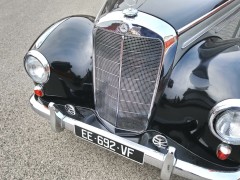 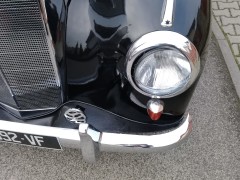 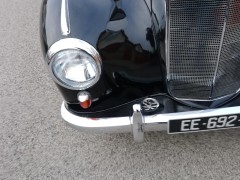 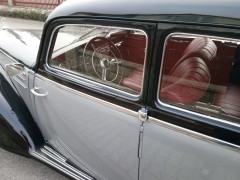 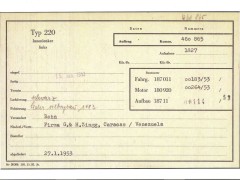 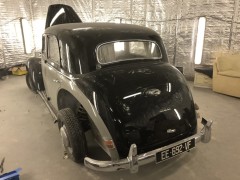 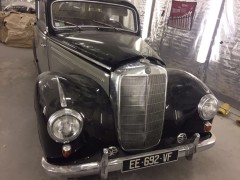 You are interested in of of our cars, so please get in toch with us:
Alexander Zharkov
Owner/CEO

The 220 series (W187) was introduced in the summer of 1951 as Mercedes' new mid-range model, slotted in between the four-cylinder 170 and the top-of-the-line 300-series six. The 220 boasted the company's first all-new engine since the end of the Second World War, an over-square design that operated its valves via short rocker arms operated by a single overhead camshaft. The new 86hp in-line six was strong enough to give the 220 a near 90mph top speed. The 220 was built on a 112-inch wheelbase with a separate body and frame. The car was available in two flavors, a four-door sedan and a cabriolet. Maintaining the pre-war styling theme, the front doors were hinged at the rear which gave the car what is commonly referred to as "suicide" doors. The new 220 sedan had a large and impressive front grille with the headlights cleanly integrated into the front fenders. With its sleek styling and newly developed engine, the 220 was a great addition to the Mercedes-Benz lineup.

The model on offer was delivered new to the President of Venezuela, Marco Perez Jimenez, for his wife. It was always driven by the chauffeur, Colonel Lindolfo Leon Rodriguez, and was then handed over to his grandson, Richard Mesnik. All this rather precise information is present in the Venezuelan document issued when the car was imported to France, and in the different 'traspassos' between the three owners.

It is an Export model, with door trim and leather seats, rear seats that are higher than the front seats, allowing for the rear passengers to better see the road, window curtains and a functional radio. In 1978, the current owner, general manager of L'Oréal Venezuela, bought it from the Venezuelan President's grandson directly and went on to use the car on a regular basis before returning to France. This 220 was therefore imported in 1981 and scarcely used since then. Between 1995 and 1999, the owner had it restored. The engine, the electricals, the two-tone black/grey paint, the leather seats, and the door trims were redone.

The Mercedes drove the president of Venezuela.  The car was then bought by the driver, Colonel. We have all the documents. We bought a car in Paris at auction from the owner Lo'real.

Please feel free to ask for more pictures, information or an appointment to inspect the car in person.

The car is in great condition, it starts and drives very well and looks representable.
This Mercedes-Benz is ready to participate in oldtimer-rally or take a place in any classic cars collection